Windows. We use them everyday. Desktop. Folders. Files. Mouse and cursor. Copy, paste…
If you have ever wondered which system was the first to use these characteristic features used to this day, have a look at advertisements of the first system with GUI (graphical user interface)..


If you liked the elegant, minimalistic, black-and-white icons, you can find the second part of this video on YouTube.

It was Xerox that came up with the idea of replacing the command line with a digital desktop, complete with sheets and binders.

Despite all the sympathy and respect for the team that created the very first computer with a graphical user interface we know so well, it goes without saying that they lacked a skillful marketer. If only they had Steve Jobs…

Exactly. As a matter of fact, Xerox invited Jobs to a showcase of a few of their systems to PARC—their research and development center. We don’t know if they regret it to this day, as they failed to patent the metaphor of desktop on time… Check this YouTube video (shared under a meaningful title) to listen to Jobs telling excitedly about what he saw that day and what impression that made on him:

Clearly, he wasn’t lying, as Xerox’s interface noticeably impacted Apple’s Lisa 1… not to say that it can be seen as its forefather. And since we’re in the 1980s, I can’t refuse a bit of fun. Infomercial of that time (check those haircuts!):

It’s the ‘80s, so we’re still to witness the era of black turtlenecks and denim jeans. But even back then, Jobs already knew how to prepare a presentation that receives a standing ovation. And he put this knowledge to good use:

There is no denying that the ad inspired by George Orwell’s 1984 and directed by Ridley Scott, which was aired during the Super Bowl for an immense amount of money, helped Jobs in building the tension:

However, Apple was neither first, nor the only ones. There was obviously Microsoft—a perennial rival from Redmond represented by another (not entirely bald at that time) Steve, i.e. Steve Ballmer. Microsoft Windows… 1.0.

And despite the fact that the GUI of the first “Windows” was clearly overshadowed by the hypnotising check on Ballmer’s jacket, one cannot help thinking that — just like Apple’s GUI — it was “adopted” from someone else:

Works on a graphical user interface that would react to direct manipulations, such as the movement of user’s hand, to control the system started long before the year 1981 mentioned at the beginning of this text.

To understand the rich and diverse heritage and origins of GUI as it’s known today, we should take a look at the early control systems originating from CAD (Computer Aided Design), such as the Sketchpad, A Man-Machine Graphical Communication System, devised in 1963 by Ivan Sutherland at MIT as one of the very first HCI (human-computer interaction) systems:

And now a dessert:
Due to the purchase price, it is officially recognised that the first so-called personal computer (PC) was Kenbak-1, priced at 750$ back in 1971. I said due to the price, because the functionality and ergonomics of the interface based on switches and diodes signaling logical states of the device were at a completely different level. Anyway, you can see for yourself what the computer looked like and what its founder, John Blankenbaker, has to say about it on a dedicated webpage (the link opens in a new browser window). 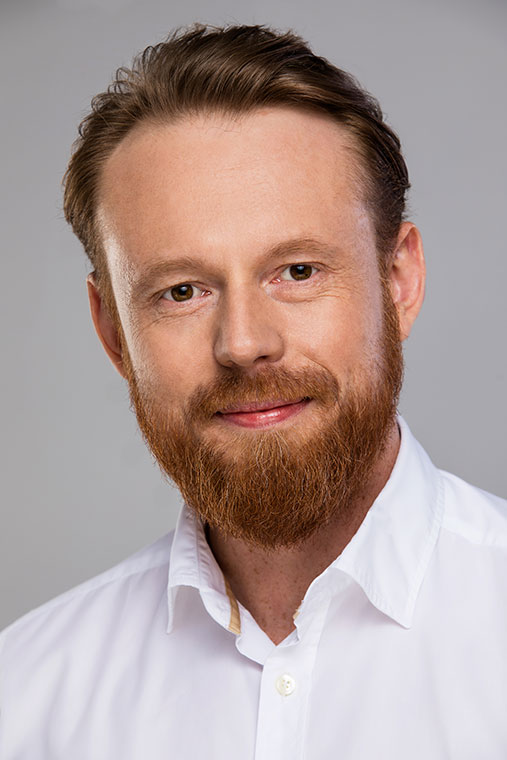 Graduate of the Faculty of Management and Computer Science at the University of Economics in Wroclaw.

Creator of Usability LAB, a consultancy brand providing consulting and project services for finances and banking, startups projects, and e-commerce.

Member of The Interaction Design Foundation and ACM: SIG-CHI. Lecturer and speaker.

Keep in
touch with us