Include a UX designer into your design deployment

Combine usability with quickness of deployment

Test the product under development

The designer verifies the design against UX assumptions, and conducts user tests

Visualise your ideas with UX mockups

Let’s talk about UX designer in your team

UX designer as a part of a scrum team — key information

Why would I need a UX designer at the production stage?

A common mistake in project management is to limit the role of a UX designer mainly to the initial stage of the entire process. Their knowledge is used while collecting requirements, creating a list of necessary functionalities, and creating UX mockups, but they are left out at the development stage.

Yet, usually the project evolves during development, and it turns out that new requirements emerge or some shortcomings are revealed. In such cases, all the work, including conceptual work, has to be done by developers, who despite some experience and best intentions are not experts in the field of user experience.

UX designers’ involvement can be changed during projects, as they usually need to fully participate at the initial stage, and their workload decreases later on. Due to that, we offer a flexible cooperation model and the ability to engage UX designers for a predefined (and modifiable) amount of hours.

Normally, our experts work within RST Software Masters development teams, but a UX designer can also join your project team. 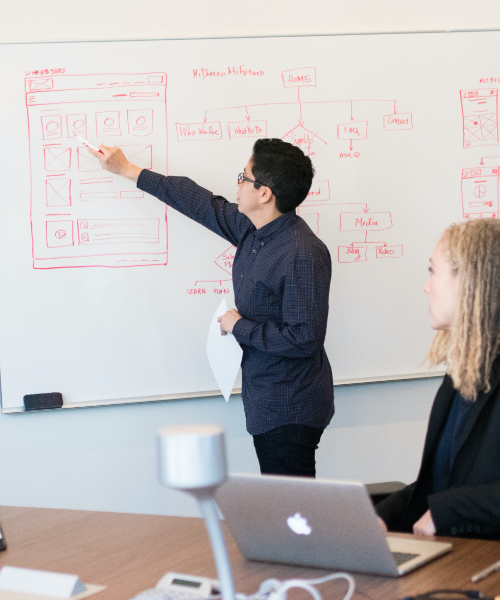 Thinking about UX designer in your team?

The qualitative research of our previous website prior to its redesign gave us valuable knowledge about the changes in information architecture, navigation system, taxonomy, as well as the volume and substantive range of content that users need.

We appreciate Usability LAB for their professional approach and high project competence. We have learned a lot about our issues and received valuable marketing change recommendations.

The usability audit performed by the Usability LAB team has helped us improve the shopping path on our website.

Thanks to the UX prototype we were able to re-organise the whole navigation setup of our new Patient Portal before introducing it. We could also approve all use paths in a way that’s understandable for product managers, sales specialists and marketing specialists. The Analysts and the IT team had a clear picture of how the final interface of our portal should work.

Thanks to the cooperation with Usability LAB our online shop has become more user-friendly. We now get more orders, and the average cart value has also increased.

President of the Board | P4 Solutions, owner of Stukpuk.pl

Thanks to Usability LAB we were able to understand the strengths and weaknesses of our competitors. Our communications now use a simpler language — this has improved our audience’s response. Thanks to our new models we are now seeing an increase in the number of registered users compared to the previous version of our website we had designed ourselves.

We wanted to perform scenario-based research because we looked at our website statistics and we could see that some pages were visited less frequently.

We wanted to find out why and get some suggestions about changes, because we were thinking about redesigning our portal.

I definitely recommend Usability LAB. They have a highly professional approach to usability. Before creating our first cinema’s website, they recommended user tests that were later performed on our competitors’ websites. This has proved extremely useful — we could learn from the mistakes of others, not our own missteps. These research findings let us further develop our website.

President of the Board | Cinema 3D SA 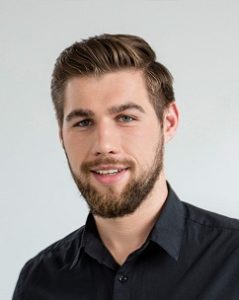