In business, numbers seem to have a critical informational meaning. To assess the effectiveness of a certain action, we reach for statistical data. We can make decisions based on observed changes, the aim of which could be e.g. to increase sales or to get rid of an unprofitable department. The case is similar with User Experience. Numeric data from e.g. Google Analytics can tell us how many people leave our website right after seeing the Homepage. Such information can lead to change, for instance by re-designing a website, or can bring you pride from certain components of your interface working perfectly as intended. 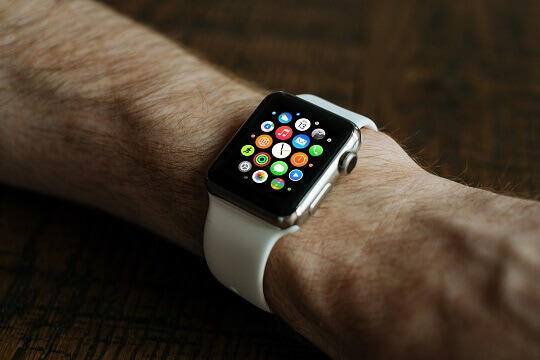 During the last few years, the trend for similar measurements has been approaching the functioning of the human organism. The emerge of wearables, or the so-called smart gear, enables us to get information that practically hasn’t been available to humans before. You simply wear a smartwatch or a smart band and a moment later you can enjoy (or not) new information about yourself. Your conditions, such as physical activity, the quality of sleep, or heartbeat are just a few pieces of data you can easily track and analyse.

A brief history of wearables

It is agreed that the history of wearables begins in 2008 from the market release of FitBit Classic. However, the range of solutions and the number of entities in the wearable sector has noticeably increased during the last few years. As a proof, I can list selected trending devices:
• 2011 – Jawbone’s UP
• 2013 – Fitbit Flex
• 2013 – Nike+ FuelBandSE
• 2013 – Withing’s Pulse
• 2014 – Microsoft’s Band

The Quantified Self Movement

If you want to have a better understanding of your activity and behaviours, you can make measurement devices an intimate part of your everyday life. Just like with company operations or usability basics, you need to know your subject of interest in order to act effectively. If you want to lead a more productive life, you need to make an effort to learn more about yourself. A similar approach drives the founders and members of the Quantified Self movement, i.e. people who use technology to collect everyday data and use it to improve their daily functioning. Increasing self-knowledge by observing seemingly invisible data allows them to maximise their abilities. 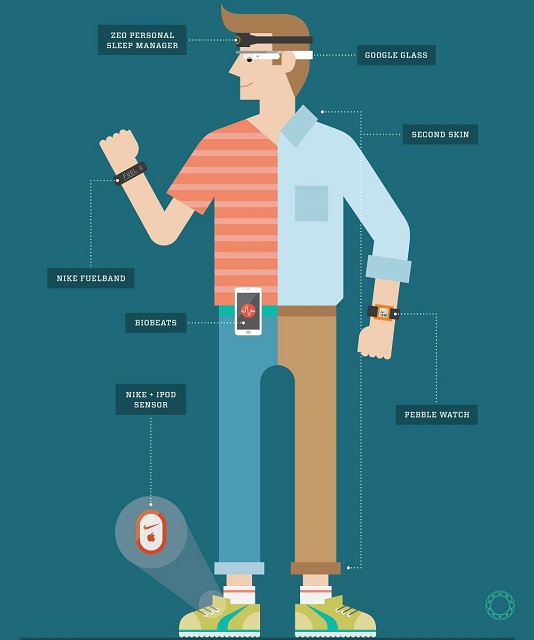 „Self-knowledge through number” is an unofficial slogan of the movement proposed by Gary Wolf, the founder of Quantified Self and a contributing editor of Wired magazine. It is meant to include anybody who engages in acquiring and processing data about themselves. However, it should be noted that although data provides a lot of information, it doesn’t “speak for itself”. It has to be interpreted and analysed by specialists so that it can be further used as a foundation for change.